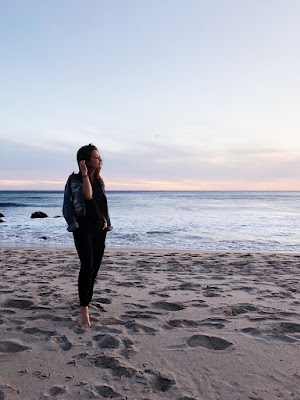 What are you built for?

I’ve been thinking about this a lot lately as I sift through different ideas & possibilities for my future.
I’ve thrown myself into different situations over the years to see what I’m made of.

Each situation or space in my life pushed me a little bit outside my norm, causing my natural abilities to express themselves & opportunities to arise to work on skills that didn’t come so naturally to me.

I’ve been thinking about my identity… my 2018 word, & in that the things that I feel that I have a natural gift for.

I have a natural gift for connection & community.

I have a natural gift for vulnerability & intimacy.

I always talk about how humans were built to be in community with each other…
But tonight I started thinking that maybe humans were built for vulnerability… and somewhere down the line some of us were hurt so badly that the fear of being hurt again keeps us blocked off, rigid, & angry at the world.

But me… Annabelle Evangeline in particular……She was made for some kind of insanely raw vulnerability, deep love & and connection – deep intimacy.

Not only is intimacy a natural gift for me, I crave it.

I skip the boring surface level conversation as fast I can because I want to dig deep. I want to know who you are – and I’ve had people tell me that they feel so comfortable around me I don’t even have to ask! They just share.

I like to understand the “why” behind anything and everything people say or do. I like sharing my thoughts because I like to connect with people…

Something that a lot of people don’t know about me is that I’ve thought about the idea of marriage incessantly since I was like 13 years old.
I used to stress about this shit.
I wish I was kidding.

I never told anyone because I was embarrassed to talk about it.
I was 13! I knew I didn’t have any business thinking about marriage… but I would dream about the day I could ride off into the sunset with someone I would spend forever with.

Now, I see that some of that obsession might have been fueled by one too many Disney princess movies, but now I’m thinking I might be hard-wired for a deep intimate connection with another human being. I mean, I’m sure most people are, but I really feel this and I don’t see other people talk about it the way I feel it.

To be totally real
(this scares me to write because it’s really real)
I think it’s why I struggle with sex.

or at least part of the reason.

Last week, my roommate was shooting part of a music video in our apartment – I woke up late that day and waltzed into the kitchen in my robe & came face to face with two full-grown men with cameras.

Fortunately, they thought my robe was cute (it is) & we all ended up having a really great conversation. At one point I asked one of the guys a question prompted him to proudly announce to all of us that he was a virgin. You could see how excited he was to be able to share that level of intimacy with someone he really truly deeply loved. I wanted to be happy for him but instead, I was angry.

I was a virgin when I was raped.
& I constantly think about whether or not I would have waited until marriage to have sex.

I didn’t get a chance to give myself to someone the way I wanted to.
& to cover it up I had sex with the next person I dated as soon as I could.

& since then I’ve been saying I’d wait,
but then have sex again.

I have a weird dichotomy in my head about sex…
it’s something supernaturally binding & beautiful and at the same time it’s also whatever.

So I guess now I think of marriage as that point where the real untouched, raw, vulnerable, intimacy lives.

Actually, I’ve been studying for it.  (stop laughing at me)

After putting myself through some unfulfilling (to say the least) & heartbreaking relationships, and simultaneously unlocking the power of goal setting, I decided that I can goal-set my way to marriage.
Yes. Really.

I figured if I want a healthy, authentic relationship with someone who loves me for me, I have to do the work! I need to have really high emotionally intelligence & the tools to communicate effectively (Hence me reading Attached – WHICH I HIGHLY RECOMMEND) and also be pursuing the things that make me, me!

The other day I had lunch with a friend who’s been married for a while. She shared a little bit about her idea of marriage, which was bleak compared to mine & she laughed at me a little bit for my goal setting approach. I laughed at me too.

Will it work?
Only God knows.

Until then I think I’m going to accept the fact that I hope to be married one day. I will shed the shame on the fact that being with someone is something I want. I know that it doesn’t make me any less independent or capable or smart –  I just want a partner for this crazy beautiful difficult thing called life.

And to be totally honest, knowing what I was built for & owning it feels good…

The Power of Prayer

I Watched Him Watch Me

A New Chapter: Why I Decided to Re-Brand